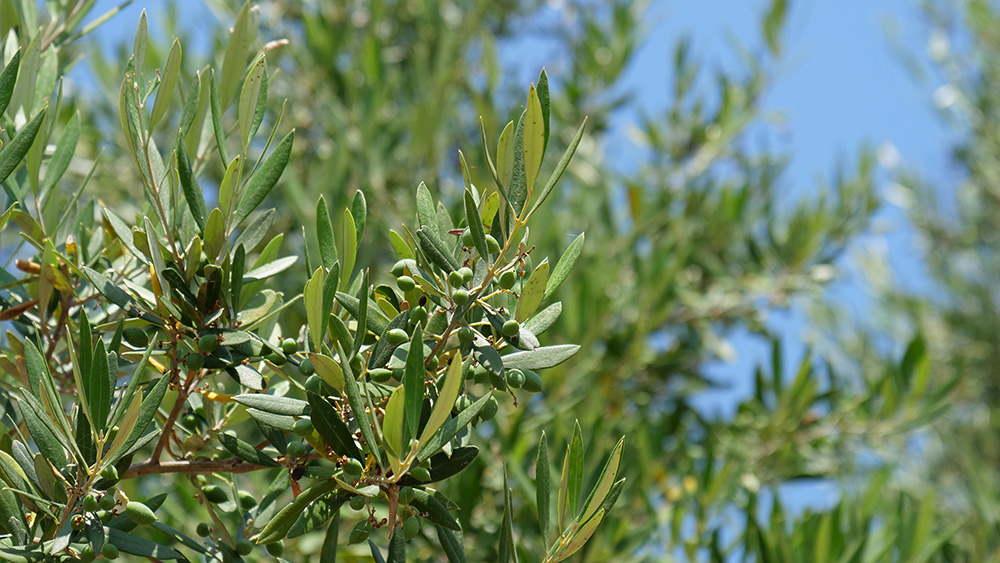 We often talk about nutrition, healthy eating and different types of cuisines; when doing so, we often talk about Mediterranean diet as one of the healthiest around. It includes fresh vegetables, fruit, herbs and nuts, lots of sea food and of course olive oil.

Olives have been cultivated in some Mediterranean parts for over 5000 years; there is a carbon –dating evidence of olive tree being present in Spain some 6000-8000 years ago. This fruit represents one of the largest fruits crops- we produce more olives then apples, oranges or grapes.

Spain, Italy and Greece are the world leading olive producers and 90% of all Mediterranean olives are used for olive oil production.

There are several hundreds of different varieties and they belong to the OLEA EUROPEA category; OLEA is Latin for oil. They mostly live for several hundreds of years, normally produce more crops in low lands but comfortably thrive in mountainous, hilly and rocky parts. Given the divine climate that supports the growth of olive trees and the nutritional value that comes from  sodium , potassium, magnesium, iron, phosphorus and iodine and let’s not forget vitamins, amino acids and of course the oleic acid that protects our heart and lowers blood pressure …. It is not hard to understand why so little is needed to be done in order to get so much.  Have we mentioned the antioxidants? The vitamin E? And that is not all you find in olives!

Our olive story today takes us to Greece and the island of Zakynthos; once you arrive to the town of Zakynthos, a short drive of about 15 km down south towards Vasilikos peninsula, will take you to one of the organic gems of the island, the Logothetis Farm. Around 80 ha of open nature, the olive groves, the authentic farm houses nestled amongst the branches of the ancient trees, daily serenaded by tireless cicadas and close proximity of sandy beaches are powerfully evocative images of Gerald Durrell’s The Corfu Trilogy.

Dionyssis Logothetis, the current owner, continues the long family history of producing extra virgin olive oil. Since 2005 the farm’s production has been solely organic; he has always believed that the nature knows best when it comes to growing olive trees and all he does, apart from harvesting is a gentle and minimal pruning.  Seeing himself as a nature’s observer and a diligent custodian, always striving for the new ways of expressing the due respect to it, he started practicing Natural Agriculture in 2016. He finds the olive trees to be very generous and as such should be treated in the same way. Once the fruit has been removed and the trees stand bare of its weight, the grooming for the next growing season needs to take place.  He tells us that the majority of growers practice harvesting and pruning of the trees simultaneously in order to reduce the labor cost.  It is not unusual to see a chainsaw being used for the same reason. This practice does not give enough strength and time to the trees to produce new branches.

At the Logothesis farm harvesting and pruning do not take place at the same time; Dionyssis goes back to the olive grove at a later date and just as a painter goes back to his unfinished canvas on the easel, he carefully observes each and every tree, ascertains their condition and, armed with only a hand saw he does a minimal pruning without unnecessary severity and harm inflicted upon them.

This consideration and tenacity in applying such practice has proven to be a very wise one: he has managed to harvest a significant amount every year unlike many others who are experiencing alternate bearing, which means olive trees bear fruits in two-yearly cycles.

In 2017, he built his own mill so that his oil can avoid mixing with other oils, including other organic ones. The traditional method requires hard work, training, experience and much more time. Production takes place at low temperatures and without any use of water. Olive oil produced with millstones and presses retains its utmost nutritional value and is distinguished by its mild, almost sweet taste.

The variety he uses is called “Koroneiki” which is grown solely for oil productions and as such is known worldwide.  In Greece it is known as the queen of olives amongst oil producing varieties; these relatively small fruits, around 12-15 mm in length, have one of the highest levels of polyphenols, known not only for its health benefits but it also prolongs the shelf life of the oil.

Koroneiki  olives  have been known for around 3000 years; the oil produced from it is not  only suitable for the culinary uses , in salads, cooking and baking, meat marinating You can also use it on your skin and hair or simply drink a spoonful with a pinch of salt ; after all the ancient Greeks have used it as medicine . Given that Dionyssis is the name known in Greek mythology to represent the god of the grape harvest, wine making and wine, of fertility,  orchards, fruit and vegetation it is somehow very fitting that the producer and the current owner of Logothesis farm has the same name; he also produces wine but that is a story for another time.

Up to 2kg (including packaging): Delivered by Royal Mail Signed for (1st class/2nd class)

2kg and more: Delivered by a courier company. Shipping cost will be calculated by the total weight of your order.

If you chose collection, please pick up your order at Shumei office at the London Irish centre

We can also ship to other EU countries. Shippin charge cannot be calculated automatically. Please email us at info@happysoilfoods.uk